Now the football is cancelled, what is there to do?

There have been plenty of exciting games in Premier League history, many of which you could watch over and over again and still enjoy. So, why don't you then?

Here are ten games you should go and (re)watch if you're missing football that darn much. In April 1996, both ​Liverpool and ​Newcastle United were still in with a shout of winning the ​Premier League title and that atmosphere contributed to making this one of the most exciting matches of all time.

There was an early goal, a late goal and a whole lot of goals in between as the two English heavyweights exchanged blows in an attempt to assert their dominance.

It's not as if this match was an isolated incident. When the two sides met at Anfield in 1997, they played out another 4-3 thriller. Consistency. The phrase 'a game of two halves' was made to describe matches like this one between ​Manchester United and ​Tottenham Hotspur in September 2001.

United weren't feeling it to begin with and ended up falling 3-0 behind in the first half. It was game over. Sir Alex Ferguson's side were dead and buried. Well, at least they were supposed to be.

Five goals were scored after the break, and all five of them came from United. The Red Devils' final goal came from David Beckham, who used that momentum to go on and net that free kick against Greece just days later. A good week for him. 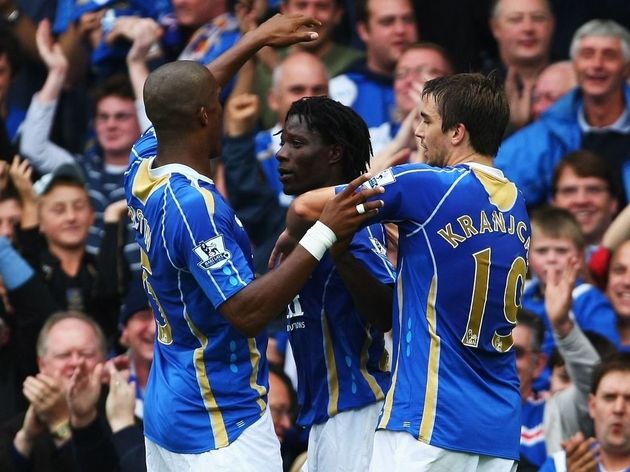 Let's be real. At the end of the day, how many memorable 0-0 draws have there been? We all know that you need goals, so how about the highest-scoring match in league history?

That's exactly what Portsmouth and ​Reading brought us in 2007, when Pompey eventually ran out 7-4 winners. It was full of scrappy goals and deflected finishes, but towards the end of the game, it felt like you couldn't go five minutes without celebrating.

There wasn't a lot of quality, but who cares? We're only here for the goals. For everyone who isn't an ​Arsenal fan, watching the Gunners suffer their worst league defeat since 1896 is the stuff of dreams.

Ferguson's United were at their dominant best, running riot and netting some stunning goals en route to an 8-2 win. We had Ashley Young's curlers, Nani's chip and Wayne Rooney's free kicks, in what was a real example of how football should be played.

To compound the Gunners' misery, ​David de Gea even saved a penalty. It was a really bad day for Arsenal, but a great day for everyone else. This match brought a different kind of excitement as it was one of those famous relegation six-pointers. ​West Ham United were bottom of the league with two games to play, and ​Wigan Athletic were only one spot better.

The Hammers needed a win to have any hope of surviving, and they looked like they had earned it thanks to Demba Ba's two first-half goals. However, that excitement turned to sadness as Wigan staged a dramatic comeback, culminating in Charles N'Zogbia's 94th-minute winner which sent West Ham down.

Wigan fans stormed the pitch after the game, which only made the moment even more memorable. 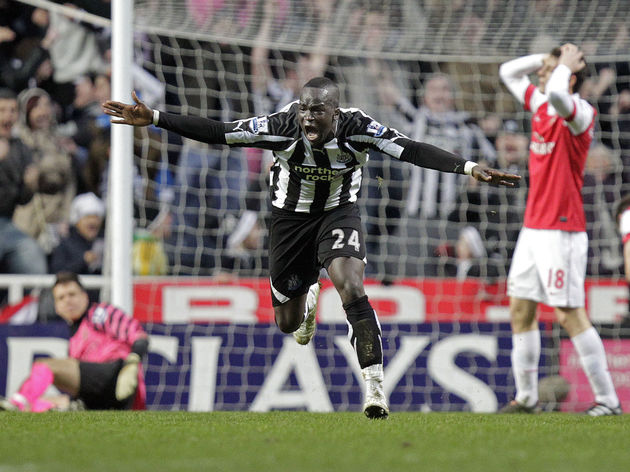 If it's dramatic comebacks you're after, look no further than this meeting between Newcastle and Arsenal in 2011.

Arsenal needed just 26 minutes to race into a 4-0 lead, but everything turned on its head when Abou Diaby was sent off after the break. With the extra man on their side, the Magpies bagged four goals in the last 22 minutes to create one of the league's most iconic moments.

The highlight of the game was easily the late Cheick Tioté's stunning volley with three minutes to go, which arrowed into the bottom corner and sent St James' Park wild. North London derbies rarely disappoint, and this one from February 2012 certainly did not. Coming into the game, it was Spurs who were favourites to win, and they lived up to that billing by flying to a 2-0 lead.

Clearly fearing they were about to be on the wrong end of a hiding, Arsenal woke up and played Spurs off the park. They fired home five goals in 27 minutes, and they did so playing some outstanding football. On the final day of the 2011/12 season, both Manchester sides could win the league. United beat Sunderland and looked to have won the title, with ​City struggling against ​Queens Park Rangers. That was until the 95th minute.

​Sergio Agüero fired home a late winner to seal the league title on goal difference, and it was no exaggeration when Martin Tyler said you'll never see anything like this ever again. From a title won to a title lost. Fresh off the back of Steven Gerrard's infamous slip against ​Chelsea, Liverpool effectively gave up on the Premier League title by squandering a three-goal lead against ​Crystal Palace.

Palace waited until the last 11 minutes of the game to get going, but they never looked back as Damien Delaney and a Dwight Gayle double left Liverpool shell-​Luis Suárez

In just two weeks, Liverpool had gone from champions-elect to the laughing stock of the league, and they were made to watch as Manchester City lifted the league title when all was said and done. Back before Liverpool were the dominant juggernaut we know today, they used to make hard work of beating teams like ​Norwich City, who took Jürgen Klopp's side to the limit in January 2016.

You couldn't take your eyes off it from the first minute to the last. Norwich tied things up in the 92nd minute, only for Adam Lallana to bag an even-later winner. Klopp broke his glasses going wild and celebrating the goal, which tells you everything you need to know about this game.