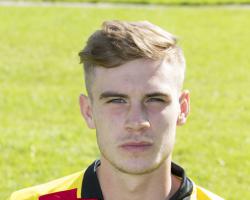 The Jags centre-back rejected a switch to Oxford last week, but now looks set for a move to the Sky Bet Championship after the Tykes met the Maryhill outfit's asking price, which Press Association Sport understands is ÃÂ£350,000.

Archibald, speaking at the unveiling of the club's new main sponsors Just Employment Law, admits he is loath to lose the 21-year-old, but is glad the bid has not come any later.

The Firhill manager said: "In the last couple of hours we've now agreed a fee with Barnsley.

"Liam trained with us today, but he will probably now go down and speak to them in the next couple of days and take it from there.

They give you a good balance to your side.

We didn't want that to happen to us."